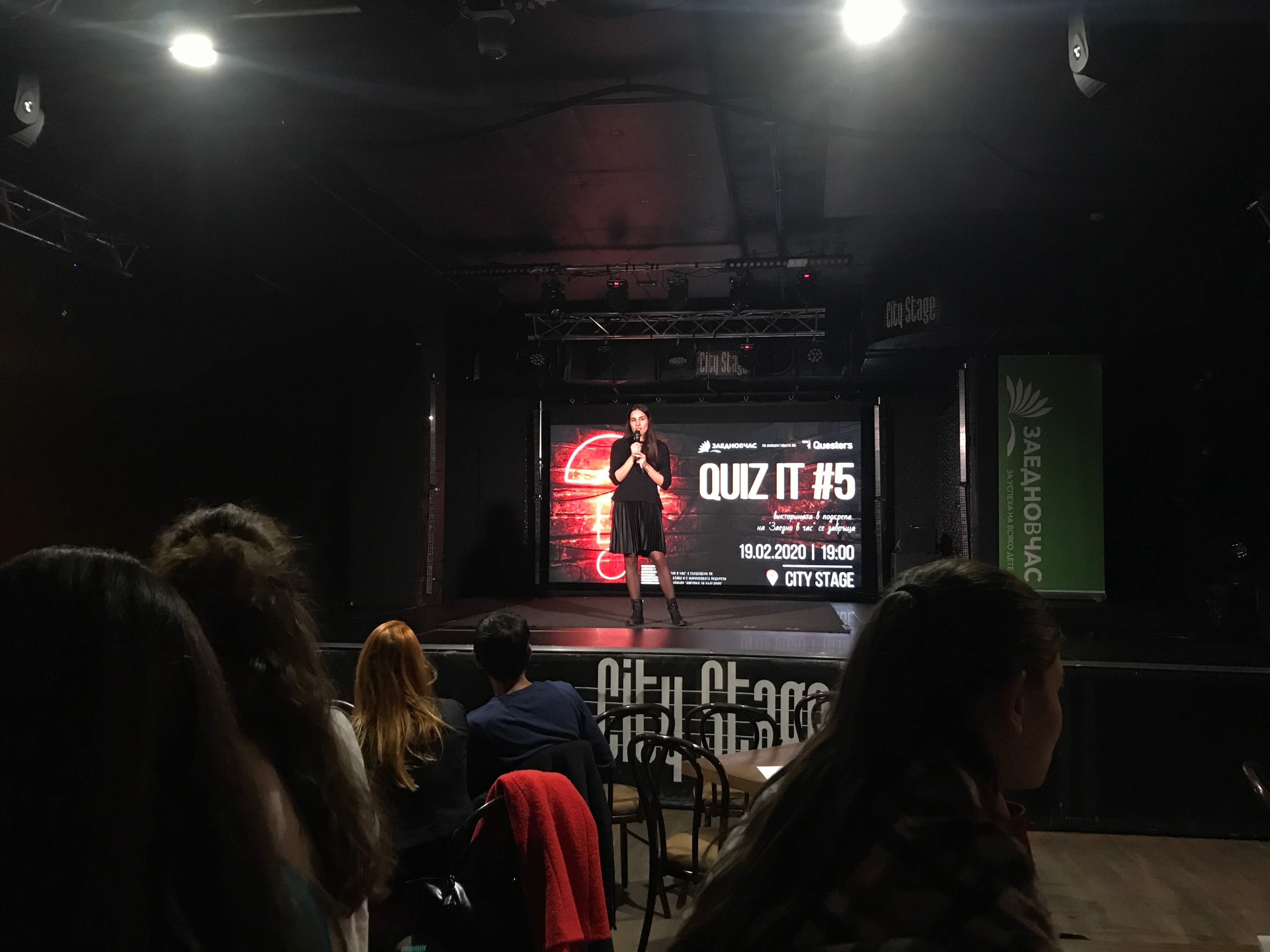 Over 120 quiz enthusiasts and 29 teams participated in the fifth edition of QuizIT on Feb 19, 2020. They were eager not only to compete in this year’s charity quiz night, which consisted of four rounds of challenging questions, but also to participate in a charity raffle and support Teach For Bulgaria’s cause.

The charity quiz night is organized by Teach For Bulgaria and initiated by the technological company Questers. City Stage hosted the event for the third time in a row and the big prize for the quiz winners, as well as the charity raffle prizes, were donated by Dabov Specialty Coffee, Tipchenitza Winery, Inside Joke, and “Vazrazhdane” Theater.

Not only were there twice as many participants as in previous years, but the charity quiz night also managed to raise twice as much funding in support of Teach For Bulgaria. All guests had the opportunity to buy raffle tickets, support Teach For Bulgaria, and win great prizes which were donated by partners of the event.

The event raised 1930 BGN. As per tradition, Questers are going to match this sum and donate 2000 BGN. The donations will be invested in the training and professional support of Teach For Bulgaria teachers who work with students in 11 regions of the country.

For the first time this year the quiz master was stand-up comedian Georgi Kyuchukov.

Most of the guests were IT and tech specialists, many of whom – regular QuizIT participants. The teams were very competitive and it was a close call. The big winners were a team of Teach For Bulgaria alumni and this was their second victory. They won theater tickets for 12 Angry at “Vazrazhdane” Theater. The second and third runner-ups were awarded with wine from Tipchenitza Winery.

Feel the atmosphere of the event and take a look at some photos from the evening: