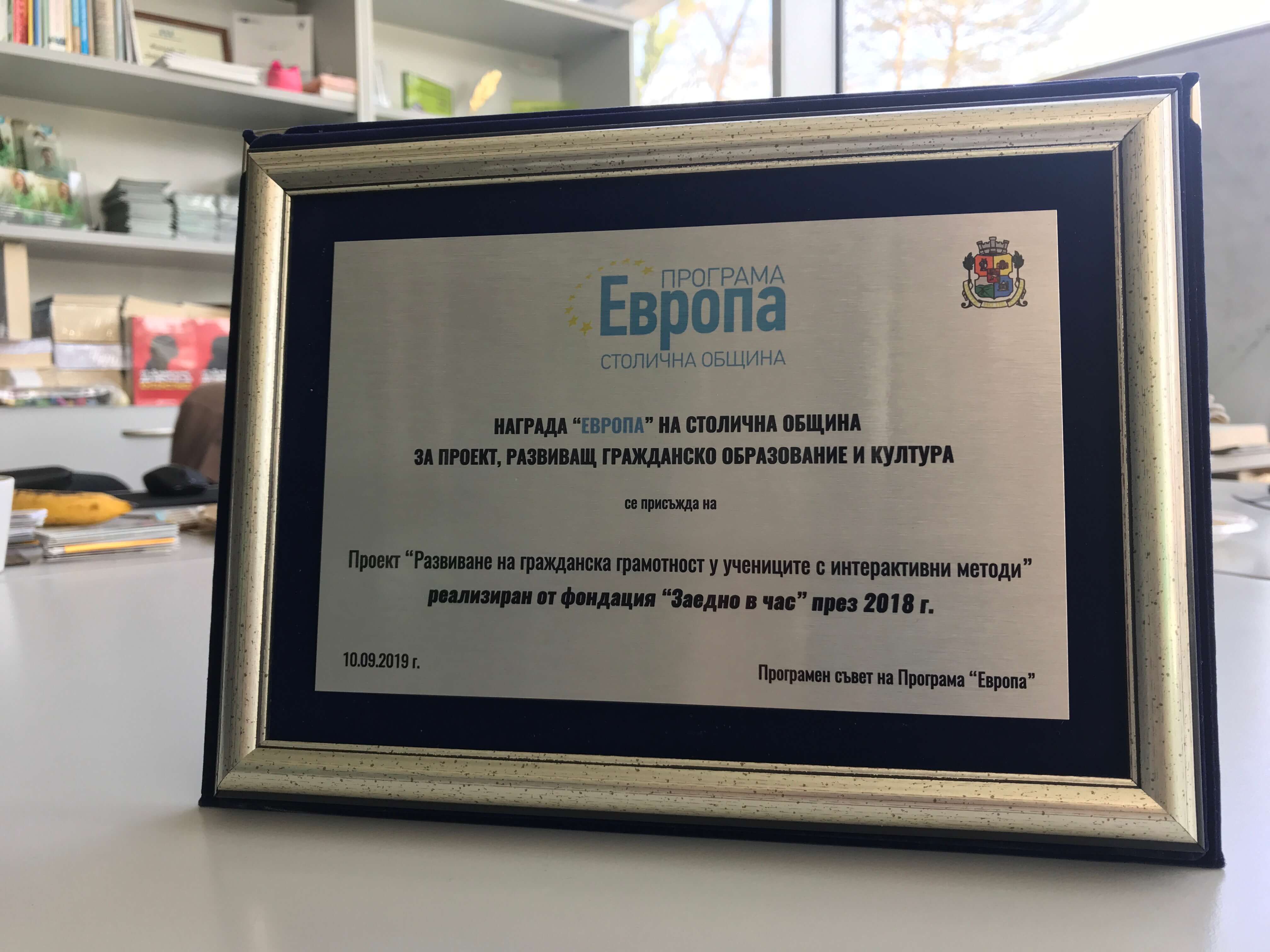 Teach For Bulgaria received a Europe Award for one of our projects on civic education and culture. The awards were given at a special ceremony which took place at the new multimedia center of the Bulgarian Telegraph Agency on September 10. The Europe Awards were given for the first time this year by Sofia Municipality. They commemorated the 10-year anniversary of the Europe Program and celebrated citizens’ initiatives and good practices in six categories: 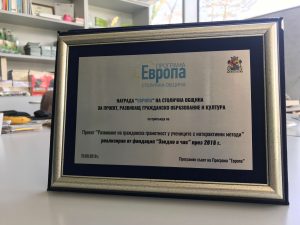 Teach For Bulgaria was awarded in the Civic Education and Culture category for our project called “Developing Students’ Civic Literacy with Interactive Teaching Methods”. It was implemented in 2018 in partnership with 13 schools in Sofia and the support of Steps Academy (Akademia NIKE). Steps Academy provided practical training which allowed teachers to teach key elements of civic literacy in engaging, interactive, and innovative ways.

The goal of the project was to motivate young people to be socially active citizens and help them get acquainted with all national and European institutions, the way they collaborate, what the decision-making process is, and how they could participate in it.

Ranging from an Entrepreneur to a Sailor: Five of This Year’s Celebrities at the Inspirational Leaders Charity Auction

Over 100 Teach For Bulgaria Teachers Start the New School Year