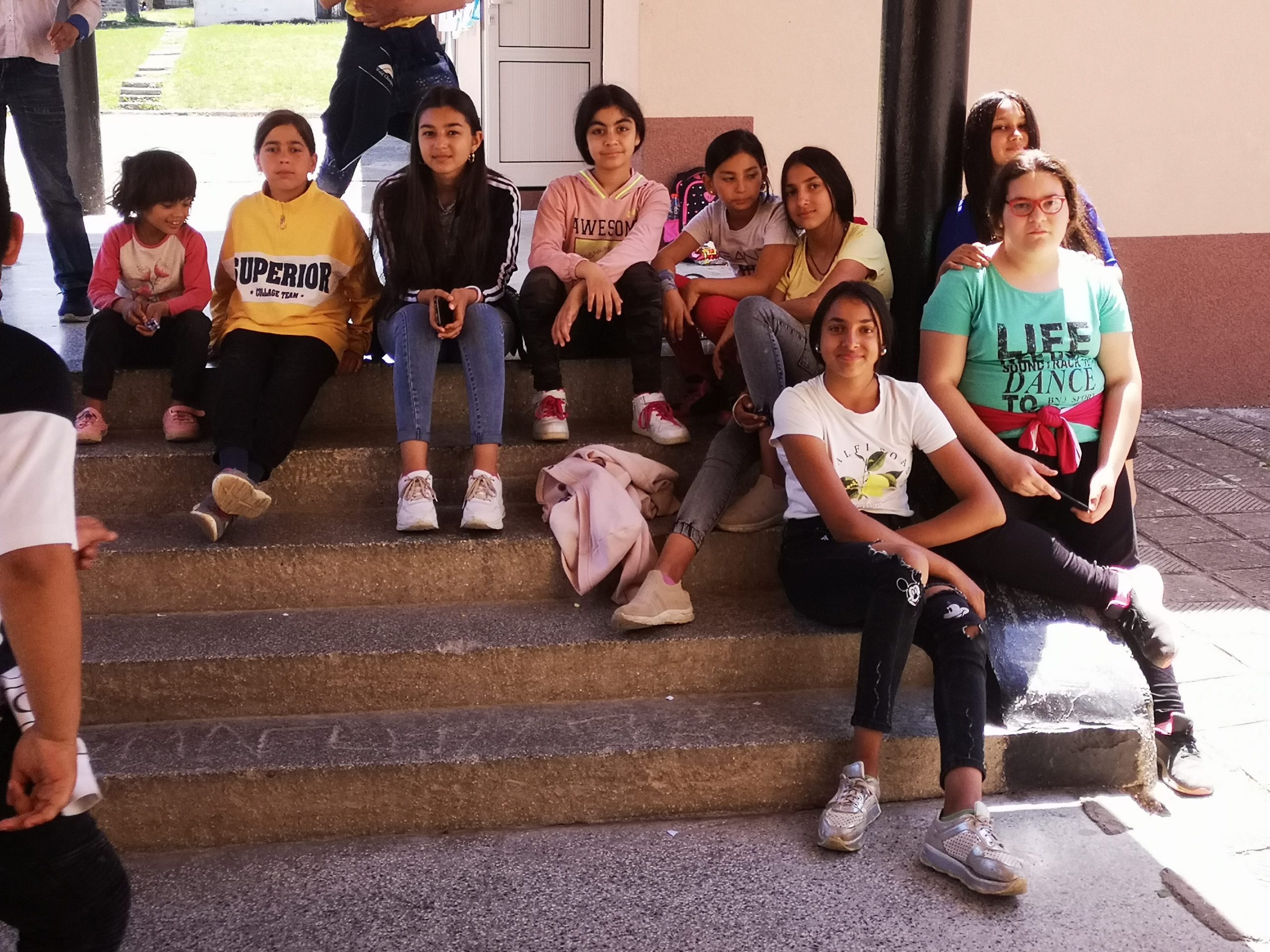 The first school in the village of Blasnichevo (now known as Rumyantsevo) was opened in 1880 in an abandoned pomak house. Over time the school became the cultural center of the village and children took their first steps in the world of knowledge there. It was just a primary school, though, so the students who wanted to continue their education had to go to the middle school in the town of Lukovit. About 100 students went to study in Lukovit. This forced the locals to figure out a way to open a middle school in the village. A committee was formed under the initiative of the local people, some of whom were parents. The goal of the committee was to start a middle school. The locals provided a new building for the school – Petar Petkov Tsarski’s big house. Then renovations began – everyone contributed however they could.

So, on September 1, 1920 the middle school was opened. It was entirely funded by the parents, but only two months later the Ministry of Education made it public under the recommendations of the school inspector. All teachers were locals who cared not only about education but also about the cultural and social progress of their home village.

100 years later, Primary School “Hristo Botev” in Rumyantsevo is still the cultural center of the village. The parents and the entire local community are always included in every school celebration or event throughout the school year. Over the past few months the school community has managed to inspire the opening of the first local civic organization.

We visited the school in the beginning of May for Doors Open Day. Another reason for the visit was Teach For Bulgaria’s program Learning Together: Overcoming Education Gaps Caused by the Pandemic. The program is executed by Teach For Bulgaria with the financial support of the America for Bulgaria Foundation.

Primary School “Hristo Botev” received funding from the program for their ambitious project aimed towards the development of socio-emotional skills for primary school students and closing the academic gap for middle school students. Their project involves the development of socio-emotional learning curricula, teacher training programs, and workshops for the external evaluation exams at the end of 7th grade. Another focus of the project is student participation on a school level.

Here is Marian Rankov’s first-hand experience from the Doors Open Day in Rumyantsevo:

“As soon as we entered the school yard, we could see that everyone was preparing for the upcoming activities. There were many children, teachers, and parents. Two students welcomed us at the main entrance, gave us a tour of the school, and explained what was going to happen throughout the day.”

The principal, Mrs. Maria Ivanova, was also there helping with the organization of the activities. She became principal just a few years ago, but managed to transform the school. The school building was renovated under her leadership, but she also transformed the way the school functioned by putting the students in the center. This approach attracted many new students from the surrounding villages who commute daily with the help of the school bus provided by the school.

The bell rang and it was time for the first activity.

In this activity the children are divided into groups. The students with special needs have the opportunity to collaborate with their classmates on a variety of creative tasks, arts and crafts. This type of collaboration is good for relationship building which goes beyond the classroom. Mrs. Ivanova shared that the acceptance towards students with special needs increased significantly after they started this activity.

The art therapy class is led by Krasimira Petrova, a special education teacher, twice a week as an extracurricular activity in the afternoon.

“The theme of the Doors Open Day was The Cycle of Money and each group had a different role: a pizza restaurant, a supermarket, etc. The groups had to pick products for the pizza from the store and then follow a recipe of their choice. There was also a bank which was responsible for selling the products. Some of the guests had to play the role of tax auditors and oversaw the correct execution of each task,” said Marian Rankov, Head of Learning Together.

Mrs. Hristinka Petrova’s second graders are working on learning more about the connection between healthy eating and emotions. Her classroom was full of students and parents and after the activities everyone was very excited. The children created a model of a park with alleys dedicated to healthy eating. All resources and final products will be shared with other schools who’d like to replicate the project.

Battle After Battle Until Victory

The workshop Battle After Battle Until Victory was organized as a history and IT competition between the older students. They were divided into two groups and each group had to pick one history and one IT topic. Then the students had to make presentations on these topics for a set period of time. As in every competition, this one also had a jury to assess the presentations. But in this case the jury was a panel of students. The history teacher, Yordanka Lalova, and the IT teacher, Danail Dimitrov, shared that all students did an incredible job. One of the most popular topics was the Trojan War because they had studied The Iliad in their literature and history classes.

Relays in the School Yard

The day ended with relays in the school yard and everybody had the chance to participate – students, parents, teachers. One of the big goals for the school is to get the parents more involved and to make them feel included. The parents have the opportunity to participate in the planning and execution of extracurricular activities for the students. It was the parents who organized a workshop for egg coloring and decoration before Easter. They also cleaned up the school yard with the students. Some of the parents said that they felt nervous at first, but soon realized how enjoyable it was for them and their children to do something together at school. That’s why all parents make an effort to participate in different extracurricular activities with their children.

One unexpected, but very positive result from the project at the school was the start of the first civic non-governmental organization in the village. A group of motivated local people started a foundation called For Rumyantsevo with the goal to make the village a better place to live by organizing different activities, events, and initiatives. On June 1, 2022, For Rumyantsevo and Primary School “Hristo Botev” organized a joint event for all children in the village.

The school’s participation in Learning Together demonstrates how every school can work towards closing the achievement gap caused by the pandemic with purposeful actions. Every school can get more parents involved, make all children feel included, and create a better learning environment.

Did you know that Teach For Bulgaria has worked in the region of Lovech where Rumyantsevo is located since 2013? Many teachers and schools have participated in our programs since then. Our regional corporate partner in Lovech is TITAN Zlatna Panega Cement AD.

What do teachers do in the summer?