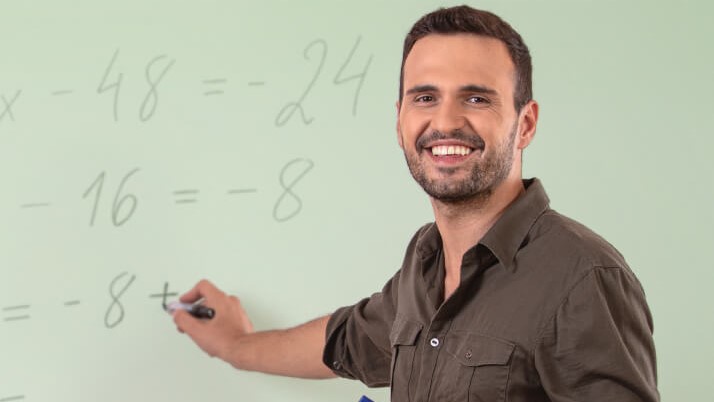 Dzhani seems to be one of those lucky people whose career has pretty much been chosen for him. Born into the family of an engineer with his own construction company and an older brother who had already followed in the footsteps of his father, the most natural thing for Dzhani was to follow their lead. He graduated from Vocational High School of Electronics “John Atanasoff” and then from the University of Civil Engineering and Architecture “Lyuben Karavelov” in Sofia.

“I was surrounded by blueprints at home. It was fascinating to see my father and older brother in action – designing an apartment building or working on a university project… More or less, that was how I decided to follow in their footsteps,” Dzhani explains his initial career choice.

But when he was still a high school student Dzhani discovered yet another source of inspiration – “motivated teachers” and “a wonderful class teacher”. He thought that perhaps someday he might work in education. This idea, inspired by his dedicated teachers, however, had to be put on the backburner. Dzhani got his degree in civil engineering and worked in his father’s construction company for a few years. He was happy, but something was missing. The inspiration he felt in the classroom was still there. Looking back, he realized that as a high school and university student he always helped his classmates, loved explaining and showing them how to solve problems, or reassured them, if anyone felt like they didn’t understand or wouldn’t be able to do something.

The decision to apply for Teach For Bulgaria’s program seemed only natural to him – a way to pursue the dream he had in high school.

To his friends, however, this drastic career change was quite surprising.

“At first my friends asked me how I came to that decision, why I would choose to work for next to nothing, so on and so forth. They thought it was strange that I would go from working as a civil engineer in my father’s company and potentially helping him grow our family business to teaching. Some of them still don’t get it even though they saw it for themselves and told me they had never heard me talk about my job with such passion before.”

According to Dzhani, Teach For Bulgaria participants are motivated and do not give up easily. He demonstrated the same perseverance when, despite the disapproval of his closest friends, he joined Teach For Bulgaria’s class of 2017-2019. Dzhani taught math and IT at 170 Secondary School “Vasil Levski” in the village of Novi Iskar for two years.

Dzhani was convinced that teaching was challenging and would require absolute dedication. His daily routine as a math teacher at the school in Novi Iskar went something like this:

“I got up at 5:40 a.m. I quickly learned that breakfast was important and if I had the time, I’d also have a few sips of coffee before I left my apartment. I caught the tram for two stops, got on the subway for three stops, and then took the 27 bus. I often traveled with Galya and Zheni [Teach For Bulgaria participants from the class of 2016-2018] on the bus – they also had early morning classes. The bus ride was about 40 minutes long. We had plenty of time to talk about classes and students the three of us shared – what had happened the day before, if there was anything we could do differently, or we’d just share some personal stories because we quickly became friends. We got to school by 7:30. Classes started at 8, but I usually used these 30 minutes to go over my schedule, see if there were some changes, printing out worksheets, tests, etc. Then I quickly grabbed the class record book and went to class. After I was done with classes I usually tutored students who needed additional support at least three days of the week. So on most days I would leave school at 3 or 4 p.m. and get home by 5.  After a short break it was time to prepare for the following day. If I had the time, I would go out with friends for about an hour or catch up on my reading at home. Then it was time to go to bed and wake up in the morning to do it all over again.”

Take a look at this video which documents Dzhani, Galya, and Zheni’s experience as teachers:

Dzhani had to combine his work at school with going through a university qualification programat Veliko Tarnovo University to get his teaching certificate [Teach For Bulgaria covers all expenses related to acquiring a teaching certificate, if participants do not already have one]. He also had additional ongoing trainings and professional support provided by Teach For Bulgaria.

As a beginner teacher Dzhani felt strongly supported by his colleagues at school. He also found much needed support in Teach For Bulgaria’s community of participants and team members. Working with students, however, motivated him the most. That was why he decided to keep teaching even after completing Teach For Bulgaria’s two-year program. He currently teaches math and IT at 97 Secondary School “Brothers Miladinov” in the neighborhood of Lyulin, Sofia. He still talks about his work and the commitment to stay in education with the same passion with which he once talked to his friends about making the right choice by becoming a teacher:

“This whole experience at school, we say it’s exhausting, at times difficult, and demotivating while it actually is wonderful… I have never felt as rewarded as I feel at school – when my students succeed and I know I have somehow contributed to their success. I stayed in the education system because I have a lot of unfinished work. I have a lot more to learn. I want nobody to feel ignored or lost in my class. I want to have the power to change the curriculum and the way we assess students. I want my team of fellow teachers to be strong and openly communicating about any educational issues. I want students to know why they come to school and go home with a sense of accomplishment. I want to be part of the change.”

FInd out what Teach For Bulgaria offers to all participants here.

Follow Dzhani’s example and become a Teach For Bulgaria teacher by applying here.

Learn more about another math teacher, Georgi Stoev, or find out how math can become interesting for students here.

I Wasn’t Shocked by My Students’ Spelling Mistakes, but by the Fact That They Had Low Expectations for Their Lives