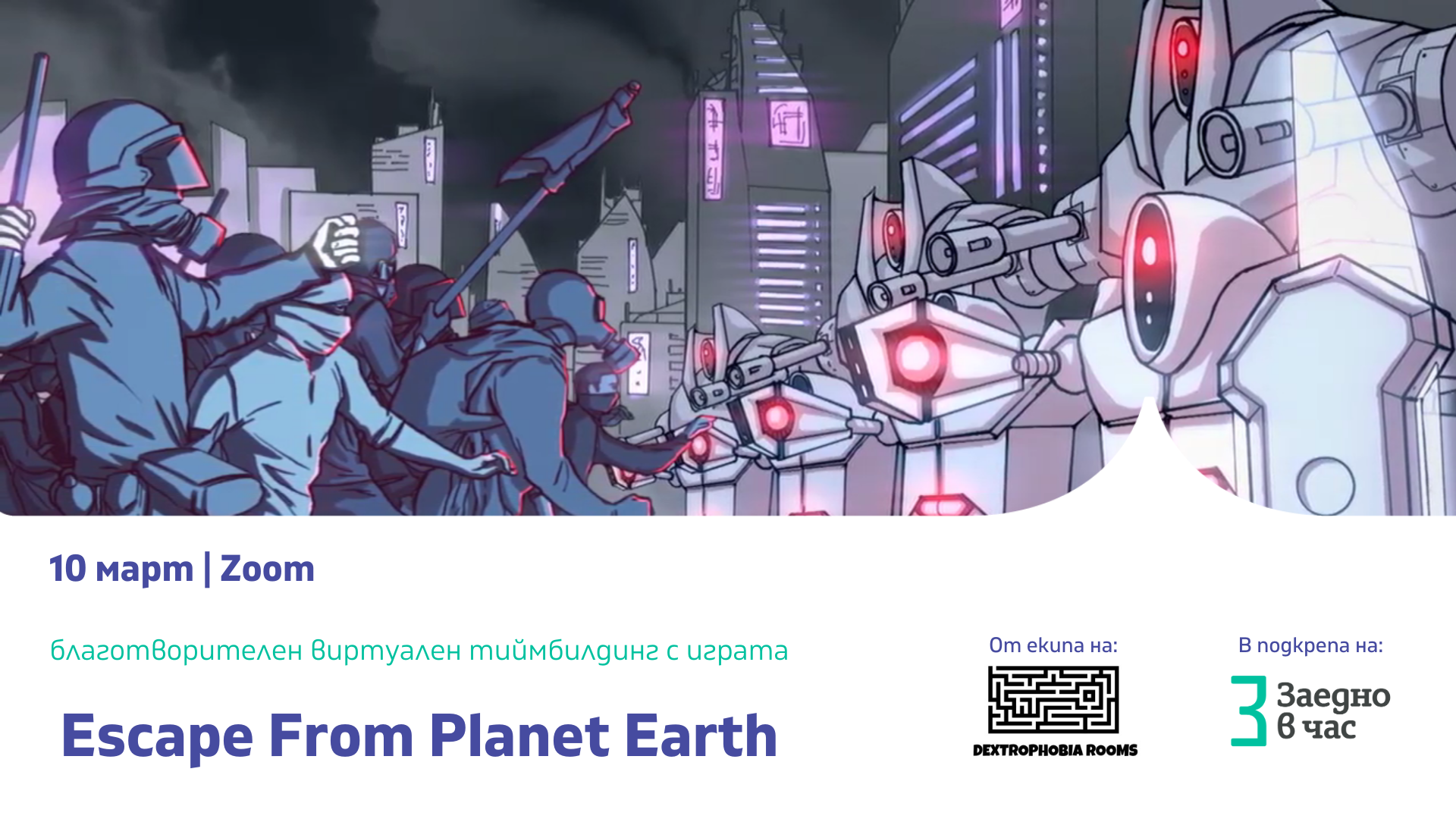 The three big tech companies organized a team-building fundraiser for their employees. Over 70 people played Escape from Planet Earth with Dextrophobia and Teach For Bulgaria

This is probably a question that most HR specialists have been asking for over a year now. Thanks to Dextrophobia’s creativity, Chaos, A1, and HPE had a unique online team-building event and Teach For Bulgaria added a charitable cause to the virtual bonding experience.

Over 70 employees of the three big tech companies participated in Dextrophobia’s latest game – Escape From Planet Earth. The virtual game presents a space quest in search of a new inhabitable planet (a new Earth) and a race against time with the bad guy – a rogue AI called the Hive.

Check out the trailer here:

“The game is a fun alternative to standard escape rooms. A pretty good idea for a virtual team-building event,” shared Vesela Bikova from HPE.

The charitable virtual team-building event got everyone excited – from the most hard-core escape room fans to the absolute beginners who mainly wanted to spend some informal time with their friends and co-workers. The participants were divided into several teams and had the chance to unwind, solve interesting puzzles, and even though they didn’t manage to beat the game, they raised over 3500 BGN for Teach For Bulgaria’s mission and in support of Bulgarian education.

“I have been to different escape rooms, including VR escape rooms, and now I can say that I’ve been in an online one as well. Judging from my experience, I can say that every escape room brings something new. Escape from Planet Earth was an interesting experience for me, I didn’t have any expectations because I didn’t want to spoil the whole journey. This is a new format, inspired by the pandemic.

A big advantage of the online format is that it allows more people to participate. I would love to play this game again because my team, the human race, was defeated by the Hive, but there’s still hope,” commented Vladilena Georgieva from the HR department at A1.

Escape from Planet Earth is a continuation of the successful collaboration between Teach For Bulgaria and Dextrophobia. The company has organized several charity events in support of Teach For Bulgaria over the past several years. Their Cards2Go also have a fundraising element and a special challenge card from Teach For Bulgaria.

The virtual escape room is part of a series of team-building events that Teach For Bulgaria has been organizing with different partners. The next similar event is Let’s Paint Spring on March 25. It is organized in collaboration with Dali Vino Art Gallery. Another unusual fundraising event is “Challenge for a Cause” which ends on May 30, so you can still sign up!

You can also read: